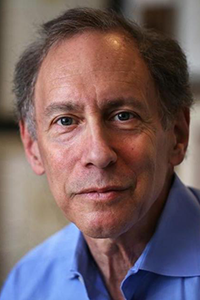 Dr. Langer graduated from Cornell University in 1970 with a Bachelor’s Degree and from the Massachusetts Institute of Technology in 1974 with a Sc.D., both in Chemical Engineering. In addition, he holds 34 honorary degrees. His research at MIT is at the interface of biotechnology and materials science. A major focus is the study and development of polymers to deliver drugs, particularly genetically engineering proteins, DNA and RNAi, continuously at controlled rates for prolonged periods of time.

Dr. Langer has written over 1,500 articles. He has nearly 1,400 patents worldwide, which have been licensed or sublicensed to over 400 pharmaceutical, chemical, biotechnological, and medical device companies. He is the most cited engineer in history. Dr. Langer served as a member of the United States Food and Drug Administration’s Science Board from 1995-2002 and as its chairman from 1999-2002.

He has received over 220 major awards, the most prestigious including the United States National Medal of Science (2006), the United States National Medal of Technology and Innovation (2011), the Charles Stark Draper Prize (2002), the Millennium Prize (2008), the Priestley Medal (2012), the Wolf Prize in Chemistry (2013), the Breakthrough Prize in Life Sciences (2014), the Kyoto Prize (2014), and the Queen Elizabeth Prize for Engineering (2015). He is also the first engineer to receive the Gairdner Foundation International Award.

Other awards include: the Dickson Prize for Science (2002), Heinz Award for Technology, Economy, and Employment (2003), the Harvey Prize (2003), the John Fritz Award (2003), the General Motors Kettering Prize for Cancer Research (2004), the Dan David Prize in Materials Science (2005), the Albany Medical Center Prize in Medicine and Biomedical Research (2005), the largest prize in the U.S. for medical research, induction into the National Inventors Hall of Fame (2006), the Max Planck Research Award (2008), the Prince of Asturias Award for Technical and Scientific Research (2008), the Warren Alpert Foundation Prize (2011), and the Terumo International Prize (2012).

In 1998, he received the Lemelson-MIT prize, the world’s largest prize for invention, for being “one of history’s most prolific inventors in medicine.”