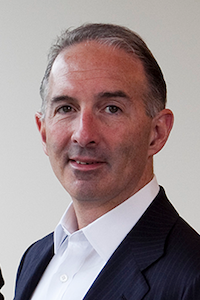 Robert Smith is a founding partner of Castanea Partners and has over 20 years of senior executive management and operating experience in the consumer products, retail, professional publishing, and education sectors.

Robert is a trustee of the Richard and Susan Smith Family Foundation. He currently serves on the boards of directors of Boston Children’s Hospital, Facing History and Ourselves, the Pan-Mass Challenge, Harvard Business School Board of Dean's Advisors, and the Harvard Committee on University Resources. He has previously served as vice chairman of the board of Buckingham Browne & Nichols School and the Institute of Contemporary Art, and on the board of directors for Jumpstart.