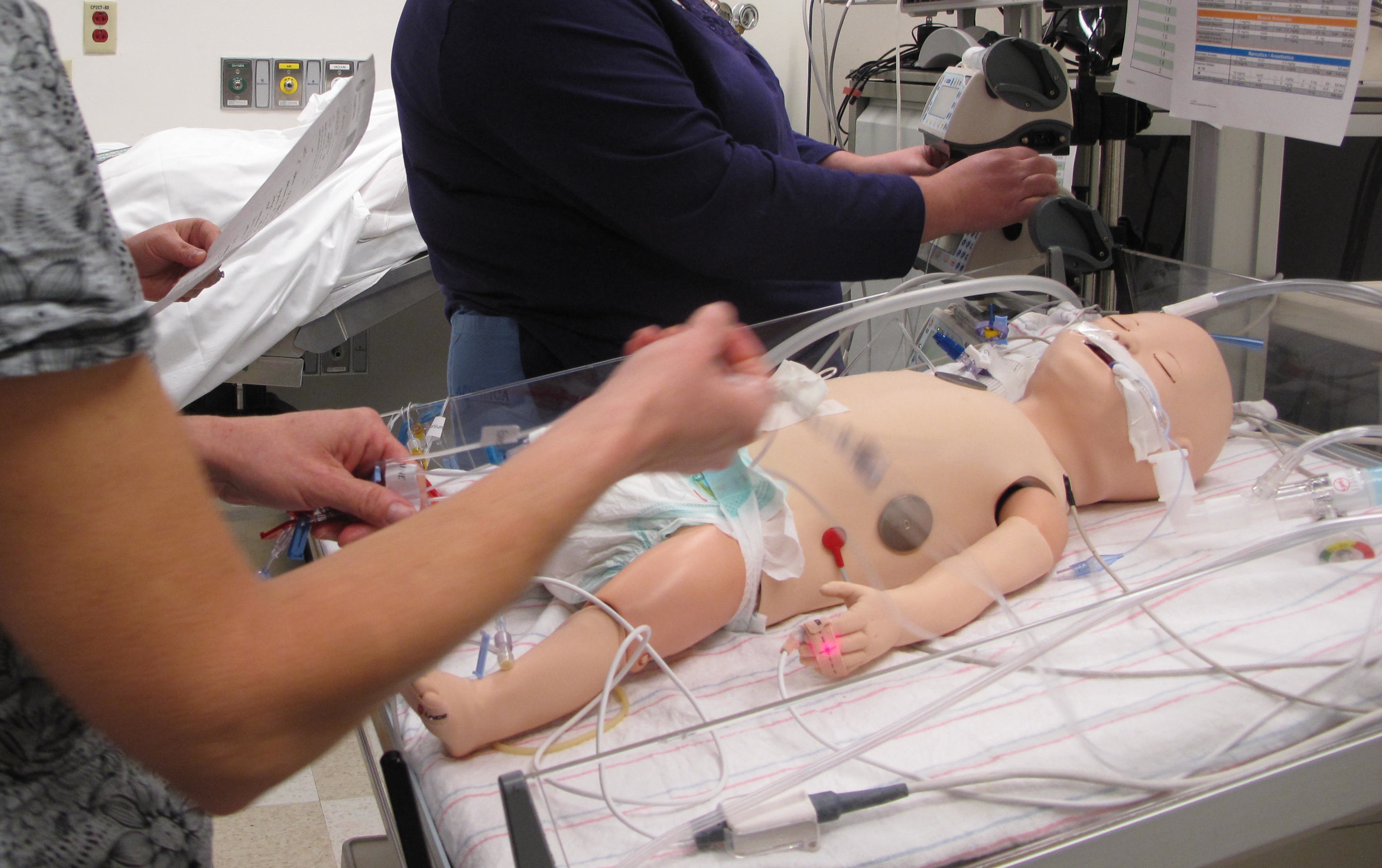 For 15 years, the Simulation Program at Boston Children's Hospital has honed the concept of scenario-based simulation training in medicine. Through a recently launched initiative called SIM Network, the program is now taking the lessons it’s learned on the road, developing and offering more than 50 courses at nine community hospitals across eastern Massachusetts.

The overarching goal of the Simulation Program (also called SIMPeds) is to provide medical teams—physicians, nurses, technicians, pharmacists, etc.—the opportunity to practice and improve their skills in an environment that allows people to learn without risking patient harm.

"Medicine is one of the few high-risk industries where people do not practice prior to game time," says Peter Weinstock, MD, PhD, a pediatric intensivist and director of SIMPeds. "Additionally, in pediatrics it’s a question of opportunities. Children are generally healthy, and there are few places that see a lot of children, especially those with rare conditions or who are severely ill."

Elements of a simulation

To reinforce a high level of both realism and relevance, the courses SIMPeds offers within Boston Children's and through SIM Network are:

Every SIMPeds course consists of a simulated clinical scenario followed by a debriefing. The debriefing is key, providing participants an opportunity to talk about the experience, discuss what they think they did well and what could be improved. During the debriefing, participants also come up with take-home lessons and identify potential improvements to existing systems.

Mannequins are also a key element. Working together with companies, designers and engineers, SIMPeds technicians develop lifelike mannequins that can bleed and “respond” to interventions based on computer commands from a technician. A few mannequins even mimic bodily movements, such as those of a beating heart or a seizure.

"It’s a lot of technology, but the courses are also about people and how they make decisions at the bedside," Weinstock explains. "Do you decide what to do based on intuition or data? We try do delve into these kinds of questions through simulation."

The courses offered at each affiliated hospital through SIM Network fall under three tracks—emergency medicine, neonatal care and inpatient medicine. Based on needs assessments conducted with the SIMPeds team, each of the participating hospitals selected tracks based on the specific services they offer, and worked collaboratively with the team to develop and implement the most appropriate courses.

"We focus on high acuity, low-volume medicine—cases that a community hospital might see but not very often," Elliott says. 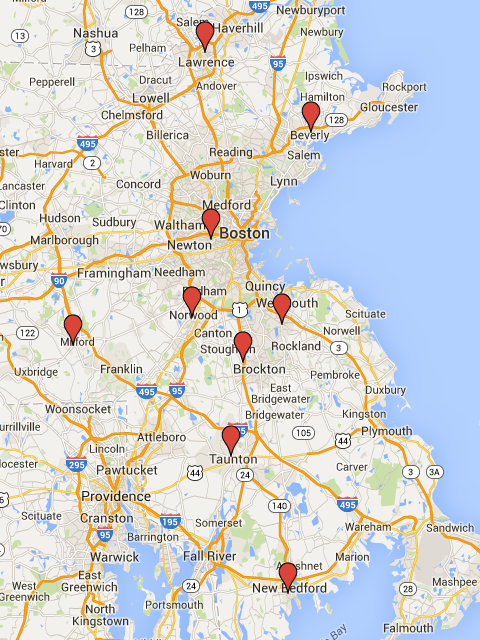 At each hospital, SIMPeds-trained leaders work with local nurses and physicians to train site facilitators—local simulation champions who recruit participants, secure space and equipment, help run the trainings and serve as debriefers within each institution. Eventually, those facilitators will be self-sufficient, teaching and developing their own scenarios with technical support from Boston Children's.

To conduct a course, a SIMPeds technician travels to the site with the mannequin(s) and simulation equipment needed to run the scenarios. Every participating hospital provides its own clinical equipment and space to keep the simulations as realistic as possible.

Karen Gruskin, MD, Boston Children's medical director of hospital partnerships and one of the driving forces behind SIM Network, notes that the real power of simulation lies in its ability to:

"We want every single person who is coming to one of these courses, who could be on the same team on any given day, who might each be starting with a different skill set, to work together to learn something that will enable them to move the bar forward," she says.

The participating hospitals have enthusiastically embraced the training program, as have a select number of primary care practices and fire, police and EMS departments.

"When we brought the idea of simulation out to our community partners, we thought three to five would sign up," says Elliott. "To our surprise, nearly all of them did. And the most common comment we receive after a course is, 'We want more.'" To date, more than 40 physicians and 120 nurses have taken part in a SIM Network course. The program has run 28 courses since last August; they have another 28 scheduled through this coming July.

She relates a comment from a physician at one site, who noted that he's seen numerous similar cases walk through his door at one point or another, but maybe once every 10 years. The simulation, Elliott says, gave his team a chance "to regroup, retrain, and feel confident and comfortable with such cases."

Based on the simulation experience, every site has also identified potential process and quality improvement opportunities. "We found during a simulation of a patient with a seizure disorder that the hospital's seizure medications were not readily accessible," Elliott says. "Our pharmacy has since worked with their pharmacy to develop a seizure kit that can be used throughout their facility."

An ecosystem of simulation 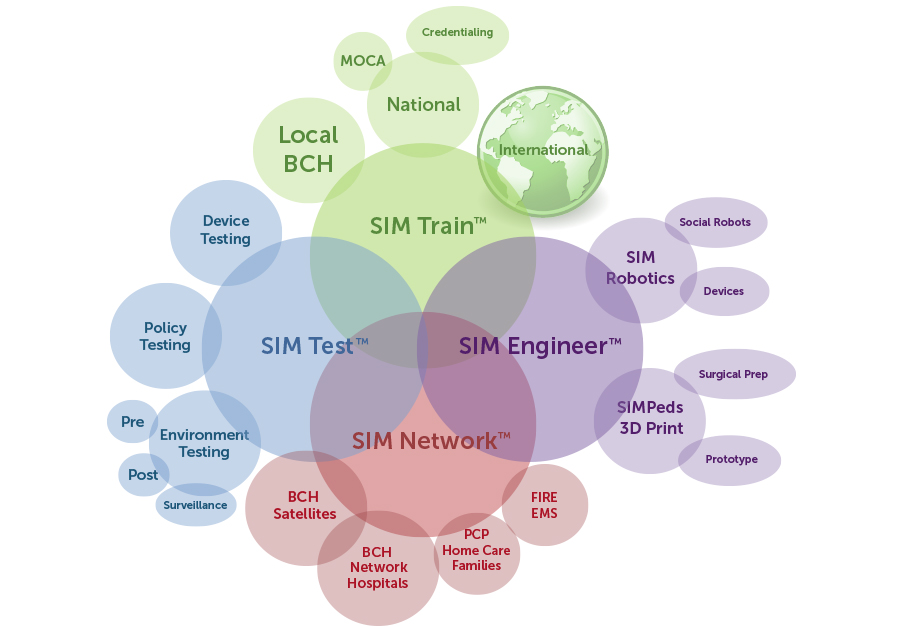 SIM Network stands as one division in an expanding ecosystem of SIMPeds activities. Over the years, the program has grown dramatically to include:

"From day one, our challenge has been to inextricably link simulation-based training, preparedness and rehearsal into the daily activities of a hospital," says Weinstock. "If you look now, 15 years later, we have achieved that, making simulation as relevant as possible, as accessible as possible, and as easy to use as possible, while embedding it in a customer service framework. That's a game-changer in pediatric medicine."

To find out more about SIM Network, visit simpeds.org or contact the SIMPeds team.