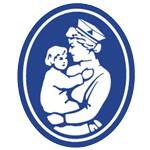 What is portal hypertension?

Portal hypertension is an increase in pressure within the portal vein, the vessel that carries blood from the intestines and the spleen to the liver. It occurs when either there is a blockage or malformation of the vein itself, or when cirrhosis or another form of liver disease blocks the flow of blood through the liver. Portal hypertension is uncommon in children.

What is the liver and what does it do?

The liver is the body's second largest organ, located in the right side of the abdominal cavity, below the diaphragm and above the right kidney and intestines. The liver helps the body in hundreds of ways.

What is the portal vein?

All of the blood coming from the intestines passes through the liver through a large vein called the portal vein. The liver is the only organ to receive the majority of its blood supply through a vein instead of an artery. Typically, the pressure in veins is much lower than the blood pressure in arteries. The low pressure in the portal vein allows blood to percolate slowly through the liver and gives liver cells the time they need to do their work.

How does portal hypertension affect other parts of the body?

Increased pressure in the portal vein causes pressure in other veins to increase as well. Rising pressure can force blood to back up into the splenic vein, causing the spleen to swell. Excess pressure in the veins of the intestines can cause diarrhea.

As the body senses the increased portal vein pressure, it tries to compensate by growing new veins that bypass the liver. These veins, called varices, tend to be full of twists and turns. They are much weaker than normal veins and can bleed easily. Varices tend to grow around the esophagus, spleen, stomach, and colon.

Because varices make a detour around the liver, toxins and nutrients that the liver would normally process can travel into the rest of the bloodstream.

What are the symptoms of portal hypertension?

Portal hypertension itself usually has no symptoms, though a child may have symptoms of its complications:

Because portal hypertension is itself often a complication of advanced liver disease, children with the condition may also experience symptoms of poor liver function:

Portal hypertension results from a blockage in the portal vein. These blockages are defined by where they occur:

Prehepatic blockages are the most common cause of portal hypertension in children. They stem from blood clots or narrowing of the portal vein before it reaches the liver. In response, the body grows varices that bypass the blockage. This leads to what is called “cavernous transformation of the portal vein.” These bypass veins are usually full of twists and turns that are difficult for blood to pass through and thus increase pressure on the portal vein.

Cirrhosis is the most common cause of portal hypertension in adults, and the second most common cause in children. This progressive scarring of the liver is a result of long-term illness or damage to the liver. In a child with cirrhosis, the liver’s soft, healthy tissue is gradually replaced with hard, nodular tissue that blocks the flow of blood through the portal vein.

How is portal hypertension diagnosed?

Because portal hypertension can cause a variety of complications, clinicians often look for signs of gastrointestinal bleeding, an enlarged spleen, the development of varices, and abdominal swelling (ascites) to determine if a child has the condition.

Using ultrasound, a painless and non-invasive imaging technology, clinicians can see the direction and speed of the blood flow through the portal vein. This technology also lets clinicians assess the state of the liver, spleen, and gallbladder and see whether varices have developed. Often, ultrasound is the first way in which “cavernous transformation of the portal vein,” a network of smaller, more fragile varices that bypass the liver, is diagnosed. Clinicians can also use techniques, such as a special computed tomography or CT scan (called a “CTA” or “CT angiogram”) or magnetic resonance imaging (MRI), to see the portal vein and related blood vessels.

Clinicians may also use an endoscope — a thin, flexible, lighted tube — to look for varices in the esophagus. If the child is old enough and can swallow a capsule, a wireless capsule endoscopy may be done instead. In this case, a tiny camera in a capsule sends digital pictures to a computer as the capsule itself goes down the esophagus.

If they discover that varices are bleeding, physicians can use an endoscope to deliver some forms of treatment aimed at controlling this complication.

How is portal hypertension treated?

Physicians often prescribe treatment with a medication called a nonselective beta blocker, such as propranolol or nadolol, which can help lower blood pressure within the portal vein.

Control or prevention of bleeding from varices is a high priority with portal hypertension. To do this, physicians often use an endoscope to tie off varices using a rubber band (a procedure known as “banding”) or to deliver sclerosing therapy. In this kind of therapy, a physician injects a chemical into the varices directly, causing them to clot.

If a child develops significant ascites, physicians may try to relieve the fluid load with diuretic medications or, if necessary, by draining the fluid from the abdomen with a needle (a non-surgical procedure called abdominal paracentesis).

If a child continues to bleed internally, doctors may create a bypass or shunt between the portal vein and the rest of the bloodstream. Physicians often use one of two types of shunting procedures, transjugular intrahepatic portal-systemic shunting (TIPSS, a non-surgical procedure involving use of a catheter) or surgical shunting. Both procedures relieve the pressure on the portal vein and redistribute it to the rest of the bloodstream.

Because portal hypertension is an advanced complication of other forms liver disease, such as cirrhosis, it is important to try to manage the conditions that caused damage to the organ in the first place. Should liver function begin to fail, a liver transplant may become necessary.

How we care for portal hypertension

The Center for Childhood Liver Disease at Boston Children’s Hospital takes a multidisciplinary approach to preventing portal hypertension from becoming worse while addressing the risk of gastrointestinal (GI) bleeding. If the condition is due to problems with the portal vein itself, our Department of Surgery may perform a shunt surgery to relieve pressure and prevent or treat GI bleeding. If portal hypertension is due to cirrhosis, we will refer the child to our Liver Transplant Program.

Our multidisciplinary team specializes in helping infants, children, adolescents, and young adults who have a wide variety of liver, gallbladder, and bile duct disorders. At every step, our specialists endeavor to provide compassionate care that respects the values of each family and addresses their hopes and concerns for their child’s present and future health. Doctors refer children with liver disease to our program from all over the world.

Our areas of innovation for portal hypertension

Many of the drugs and procedures used to treat portal hypertension originated in the realm of adult care. The Center for Childhood Liver Disease has been at the forefront of adapting these adult procedures for children, including development of techniques and tools appropriate for a child’s smaller body.

Our physicians are also early adopters of wireless endoscopy technology for variceal surveillance. Wireless esophageal endoscopy uses a capsule containing two cameras. The child swallows the battery-powered capsule; the cameras take many photographs per second as the capsule travels through the esophagus. This gives physicians a very clear view of any varices in the esophagus or gastrointestinal tract, does not require any sedation or anesthesia, and is much more comfortable than standard endoscopy.

The Department of Pediatric Surgery at Boston Children's Hospital provides general and specialized surgical services to infants, children, and adolescents suffering from a wide range of congenital and acquired conditions.

Our team of experts is dedicated to treating infants, children, adolescents and young adults with both common and complex gastrointestinal liver and nutritional problems.