The Autism Language Program (ALP) at Boston Children's Hospital is a program specifically designed to help children diagnosed with an autism spectrum disorder communicate and learn more effectively. We consider all forms of communication, including spoken, written, gestural (sign), and visual (use of graphic symbols).

Children who visit this program are evaluated and, ultimately, their families are given a communication plan with recommendations that are tailored to the child's interests and needs, and usually include suggestions for both school and home.

Dr. Howard C. Shane, director of the Center for Communication Disorders and an authority on communication problems associated with autism, states: "While every child who visits our program comes with a variety of strengths and weaknesses, we see it as our job to identify these strengths to improve their communication and learning."

Shane recognizes that communication problems, unusual behavior, and social related problems are three hallmarks of autism, but believes the communication difficulty to be the most salient.

The philosophy of the ALP is complimentary to the current leading approaches to the treatment of autism. As such, we have examined these philosophies and have implemented strategies that enhance these outcomes and produce better results. 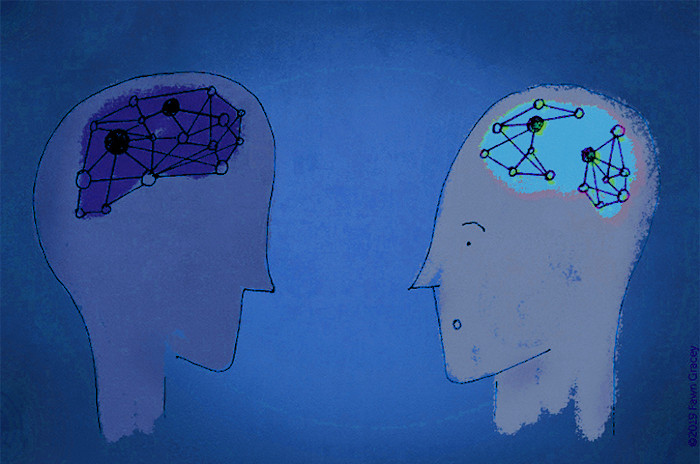 Read about our long history of research and development of technology for children with autism and related communication disorders.

In our experience, we believe many children with autism exhibit the following strengths:

It is interesting to note that in a recent survey, we found many children with autism spend more time with media than they do with all other forms of play combined.

Children with autism may also exhibit a difficulty:

It should also be noted that 50 percent of children with autism do not talk. Most are late talkers, and some often lose previously acquired language skills.

There are, however, many misconceptions about autism. Some believe that if a child does not learn to talk by age 7, they will not talk at all. We do not believe that.

How children with autism communicate

Every child with autism does communicate. Even without any intervention they know how to protest, how to object, and usually if parents and teachers are good observers, they also know how to tell you what they want. All three of these abilities are often expressed through physical means, and these non-verbal expressions get positive results when interpreted by the correct people.

In some situations these children cannot get their message across, and revert to unusual, destructive, or aggressive behavior. This usually happens when the child:

All of these abilities, sometimes learned without intervention, are the foundation from which the clinicians in the ALP can build a formal individualized communication program.

It is our goal for every child we see with autism to become as effective a communicator as possible. We strive to improve each child's ability to communicate, protest, object, request, and move beyond to maximize their ability to communicate in all situations. General consensus is that persons on the autism spectrum have strong visual skills, and likely these visual skills surpass their auditory skills. In the Autism Language Program, we strive to maximize these auditory skills through the use of visual materials as a way of improving all forms of communication. As a result, these children use these newfound communication skills to improve academic performance, and also to interact in and learn about the world in which they live. In the ALP, we rely on the traditional approaches to communication assessment, that generally include:

What separates the strategies used in the ALP from other treatment approaches is our innovative way of appreciating the strengths of children with autism, and using modern technology to enhance their abilities.

Below is a sample of a First-Then display used in the ALP. We have expanded these displays by including the duration or number of repetitions into the display, thereby increasing clarity and reducing confusion for the child. This is an example of a display our clinicians use with children who visit the ALP.