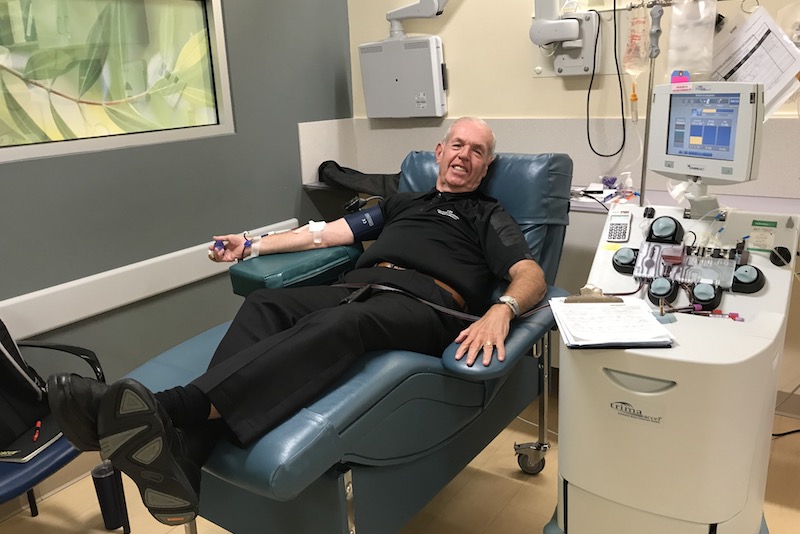 When 68-year-old Bob Watson first donated platelets in 1985 at the Boston Children’s Hospital Blood Donor Center, he sat in one of only two platelet donation beds with needles in both arms — one to take out the blood, the other to return red blood cells and plasma. At the time, Boston Children’s was a much smaller campus with a tiny blood donation center located in the basement of the Hunnewell Building.

Donating blood at Boston Children’s: Then and now

Today, donating blood products is much different than it was for Bob in the 1980s. Now located in a large space on the first floor of 333 Longwood Ave., the Blood Donor Center offers 10 donor beds and a bloodmobile with five more. 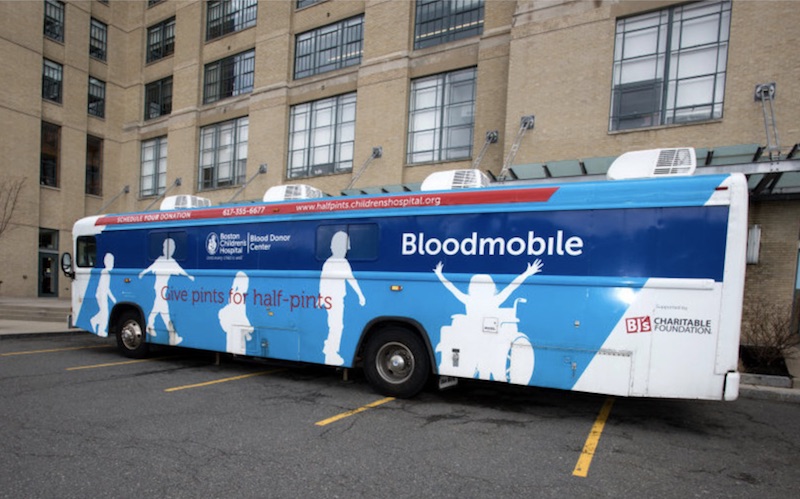 In 2000, after donating platelets 500 times, Bob landed himself a spot in the Guinness Book of World Records. But he didn’t stop there. Now on track to celebrate his 850th platelet donation, he’s never experienced an ill effect from donating and was deferred only once because of a low iron count.

Bob donates platelets because they go far. In fact, one platelet donation can benefit at least four patients at Boston Children’s. Given the amount of children having surgeries, transplants, and cancer treatments that require platelets, and the fact that these cell fragments survive only five days outside the human body, there’s always a need.

At one point, donating platelets was part of Bob’s weekly routine, but when the FDA ruled that individuals could only donate platelets twice a month, he had no choice but to cut down to biweekly donations.

I don't consider myself anything special. I'm a low-key guy.

Bob says he doesn’t do much to keep himself in proper health to donate. He naturally eats well and keeps in good physical condition. He often takes a “work from phone day” — calling into meetings and managing his businesses while walking up to 20 miles through the city of Boston. Even on days when he’s donating platelets, he walks from his home in Jamaica Plain instead of driving.

The process of donating doesn’t require much from Bob; “What am I doing? I’m just sitting here!” he says. In the past, he’d watch movies while he donated; nowadays, he likes to snooze in the chair.

‘It just makes sense to me’

Bob gets emotional when he thinks about the kids who use his platelets. “I have one rule: I don’t ever want to meet the people I donate to,” says Bob, pausing to collect his thoughts. “I don’t consider myself anything special,” he says. “I’m a low-key guy.”

Bob doesn’t ask for anything in return for donating. Occasionally, he’ll reward himself with a bag of chips, other than that he’s quietly charitable.

Despite his humility, there’s no doubt that Bob makes a big impact for patients and families at Boston Children’s. Teary eyed, Bob describes donating as a “big deal” — “It just makes sense to me.”

Inspiring the next generation of blood donors

Bob hopes that sharing his story will inspire more people to donate platelets. When he started donating blood, he was 21 and was rewarded with four hours off from his job for each successful donation. He now practices a similar policy at his own companies. If he could, Bob would reincarnate himself as Ellen DeGeneres and use her show to spread awareness.

When asked how long he plans to donate, Bob says, through chuckles, that he’ll reevaluate his donation habits after reaching 1,000 donations. Otherwise, he plans to continue donating until he’s told to stop. 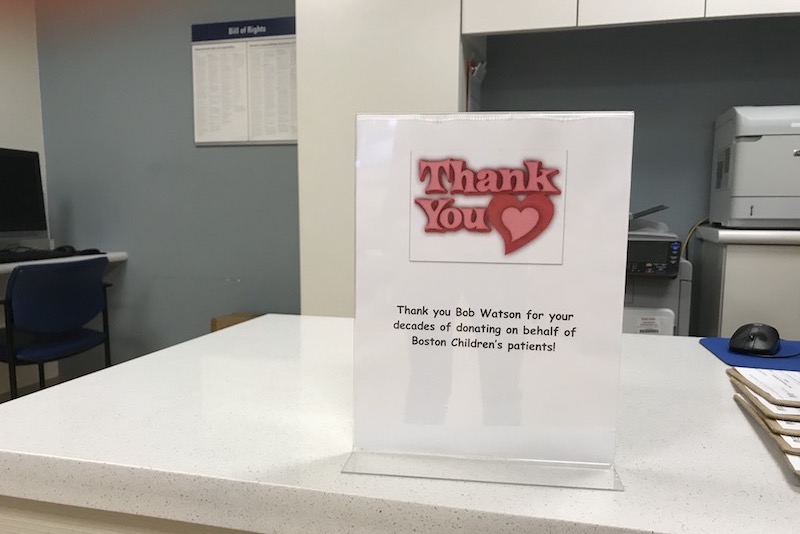 Boston Children’s Hospital extends its deepest gratitude to Bob Watson and his dedication to the well-being of our patients. We thank you, Bob, and all those who donate blood products to our patients.